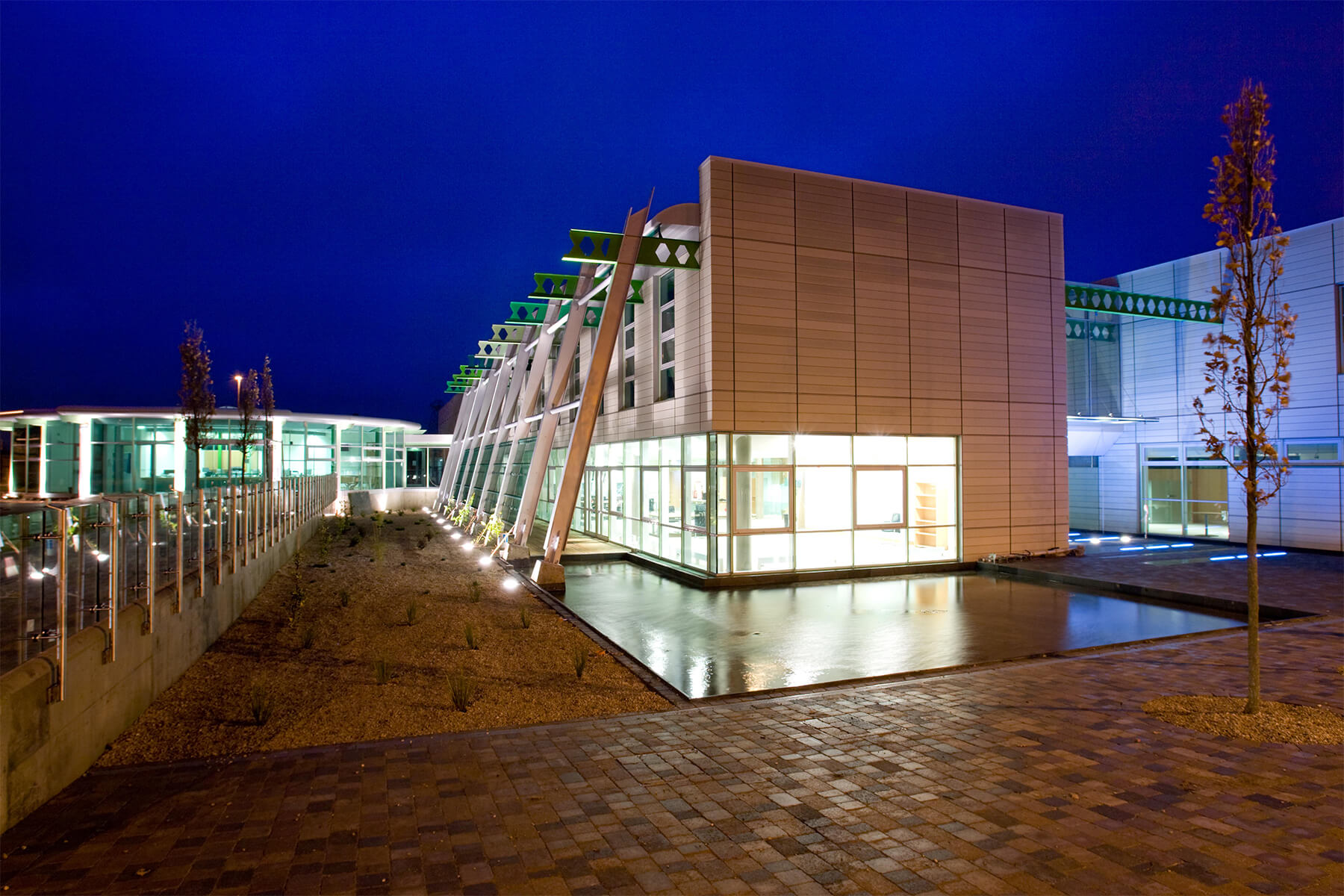 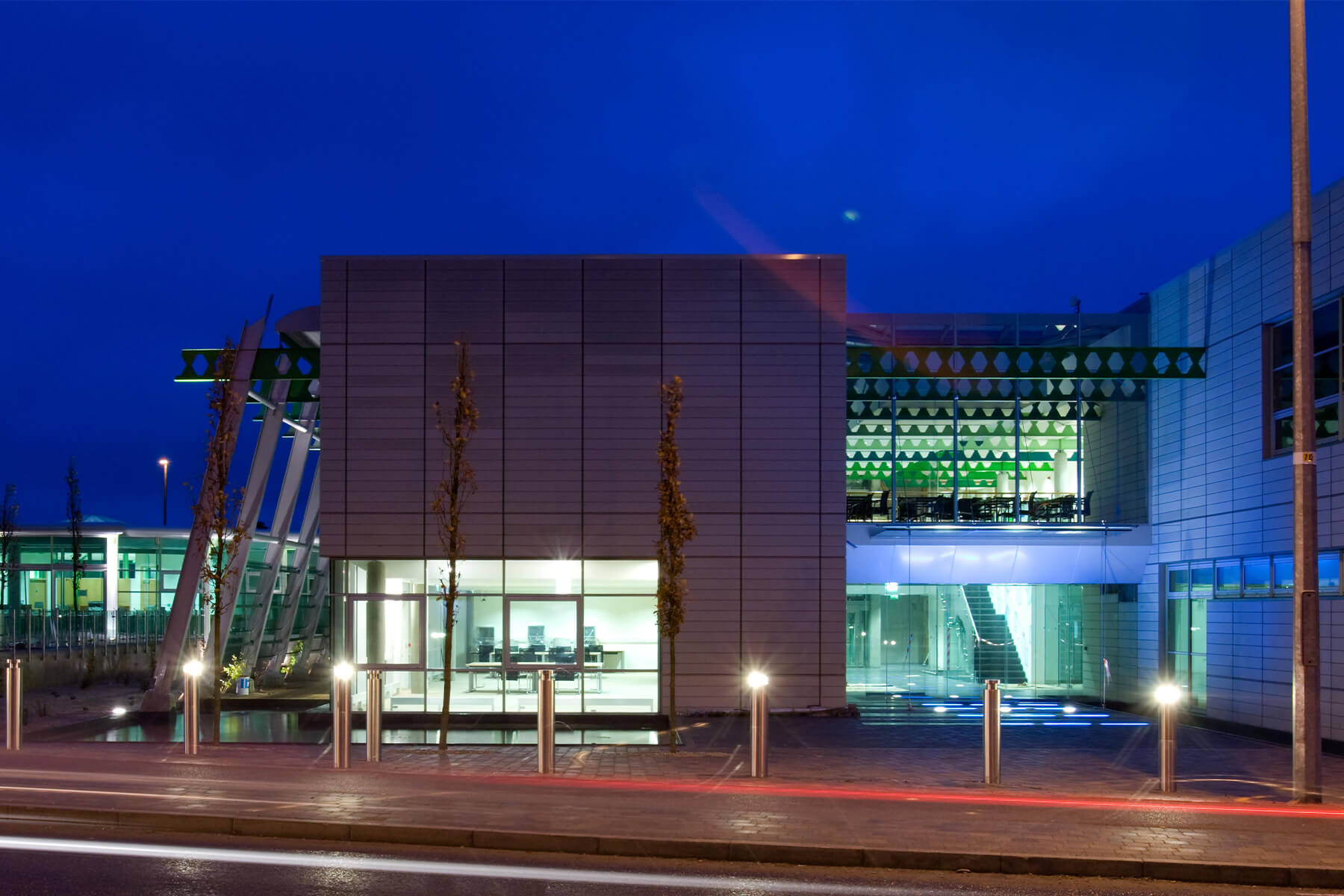 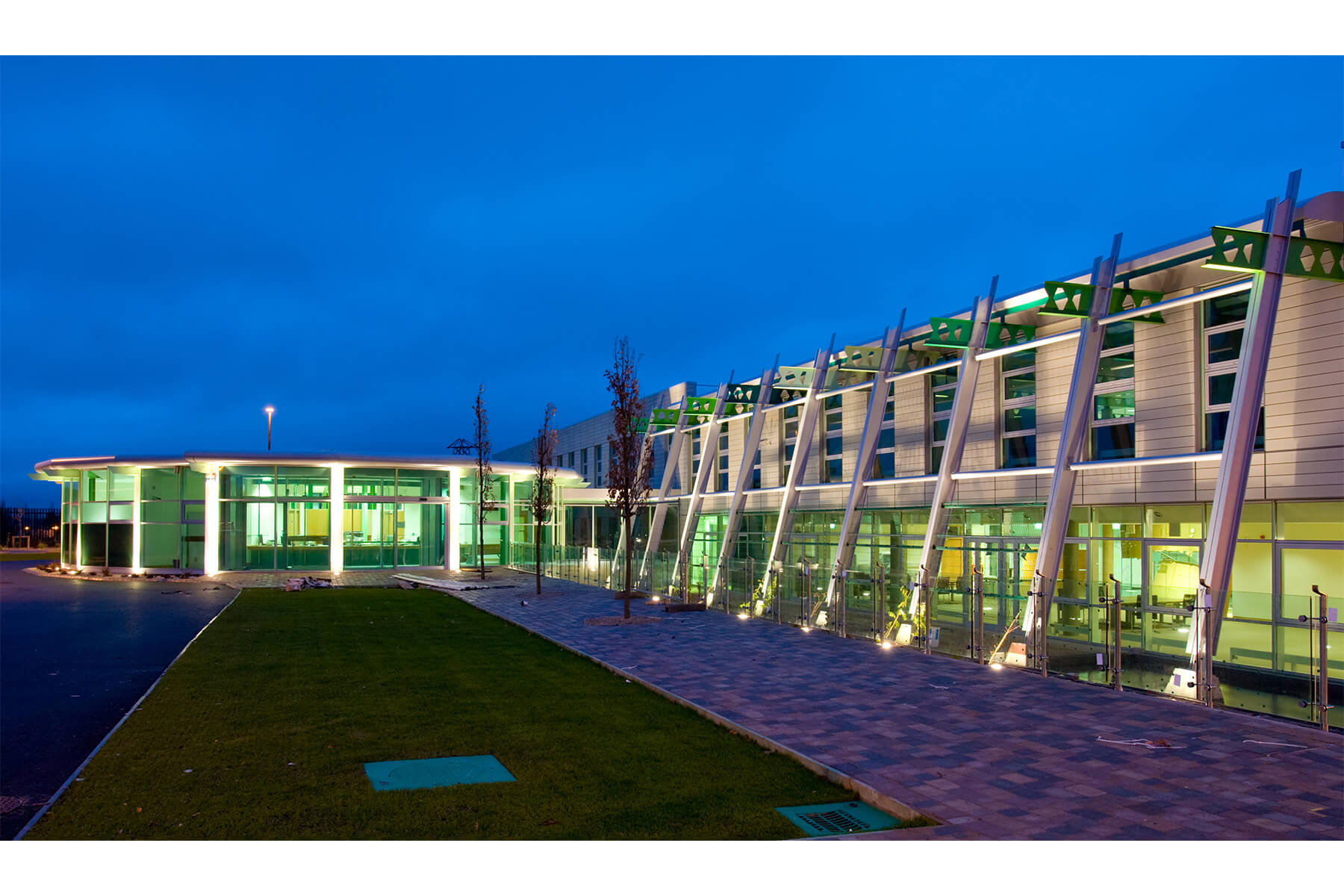 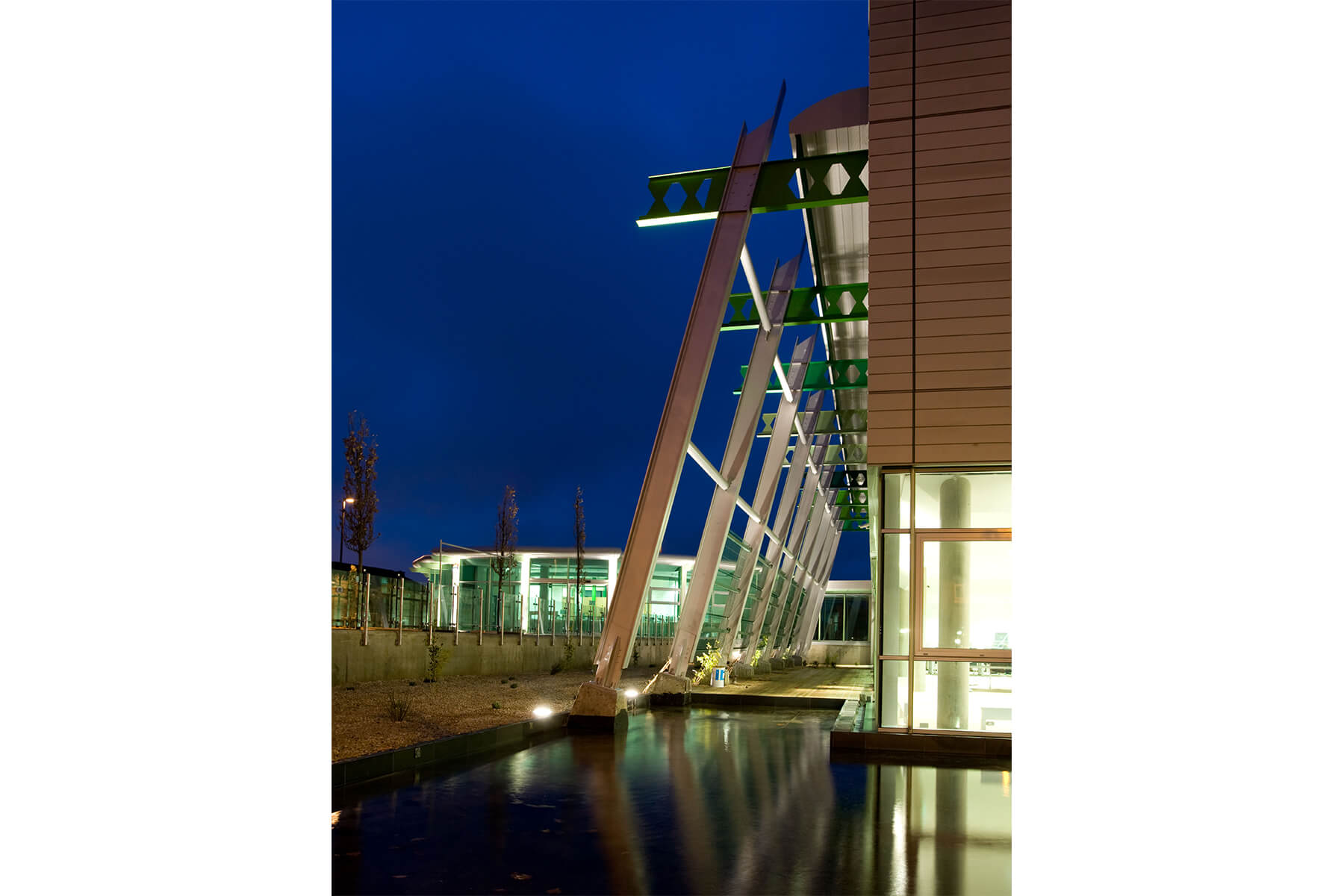 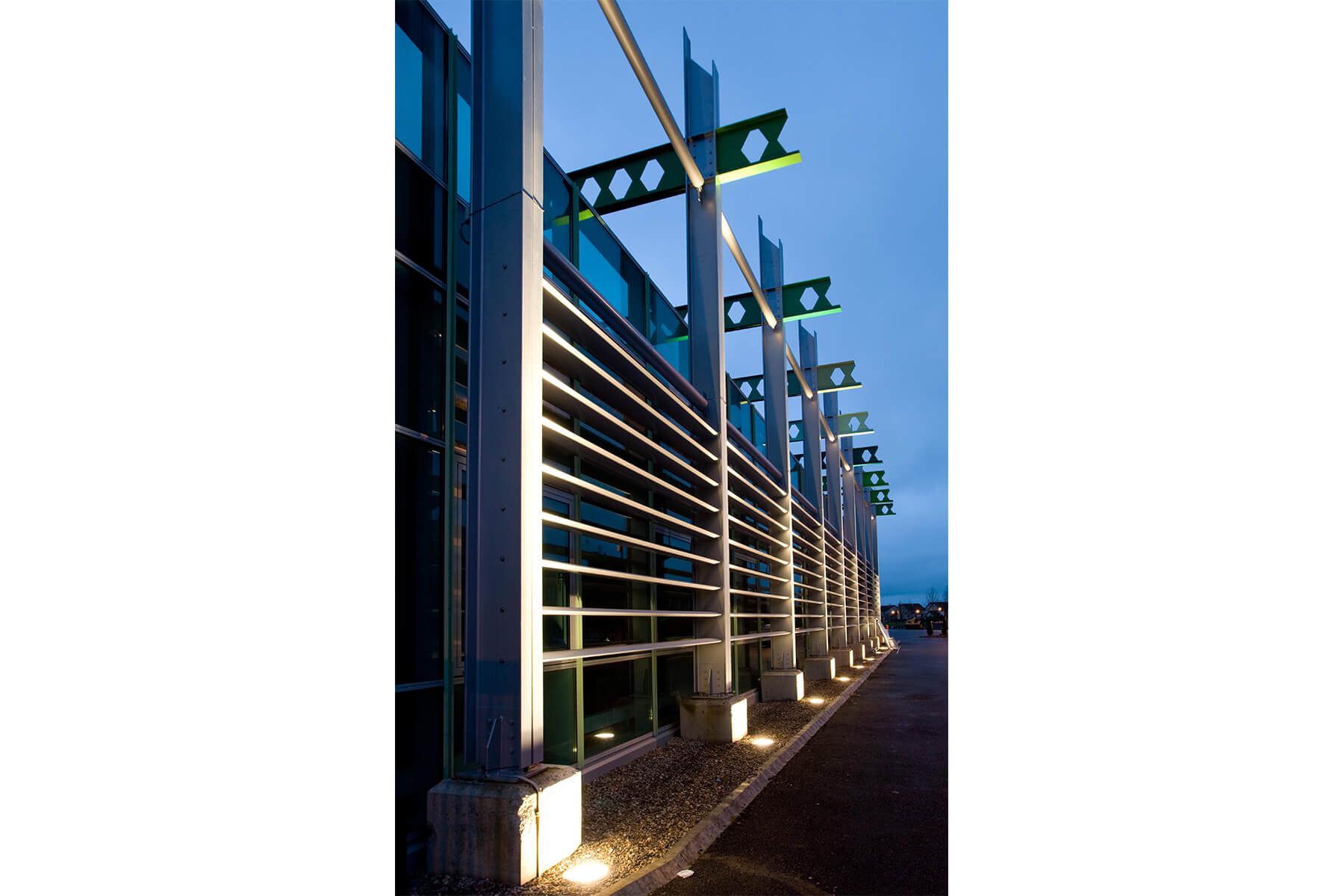 The overall site concept developed by Healy & Partners Architects was to establish a building form which minimises the scale of the building relative to the surrounding developments which are predominantly residential.  With this concept in mind three slender blocks were developed running in a stepped plan form from the front to the back of the site.

A visually light and airy central circulation block is flanked and contrasted by two strong solitaire blocks.  Due to the requirement of a large storage element a solid concrete core was developed behind the light central block.

The building finishes and colours reflect also scale and context. The clay tile modular building skin creates a light subdivided façade echoing the buildings structural grid. All glazed elements, external and internal detailing work within this grid to create unity and rhythm. Landscaping, water features and hard surface finishes combine to unify the building with the site and its surroundings.

One of the outstanding features of the new building is the promotion of modern energy design solutions.  Numerous environmentally friendly installations have been incorporated including solar panels that provide 70 per cent of domestic hot water to the building, high levels of fabric insulation that reduce energy consumption and natural ventilation to all offices.  Also, up to 15 per cent of the building’s total electricity is generated by a photovoltaic (PV) solar electric power system.