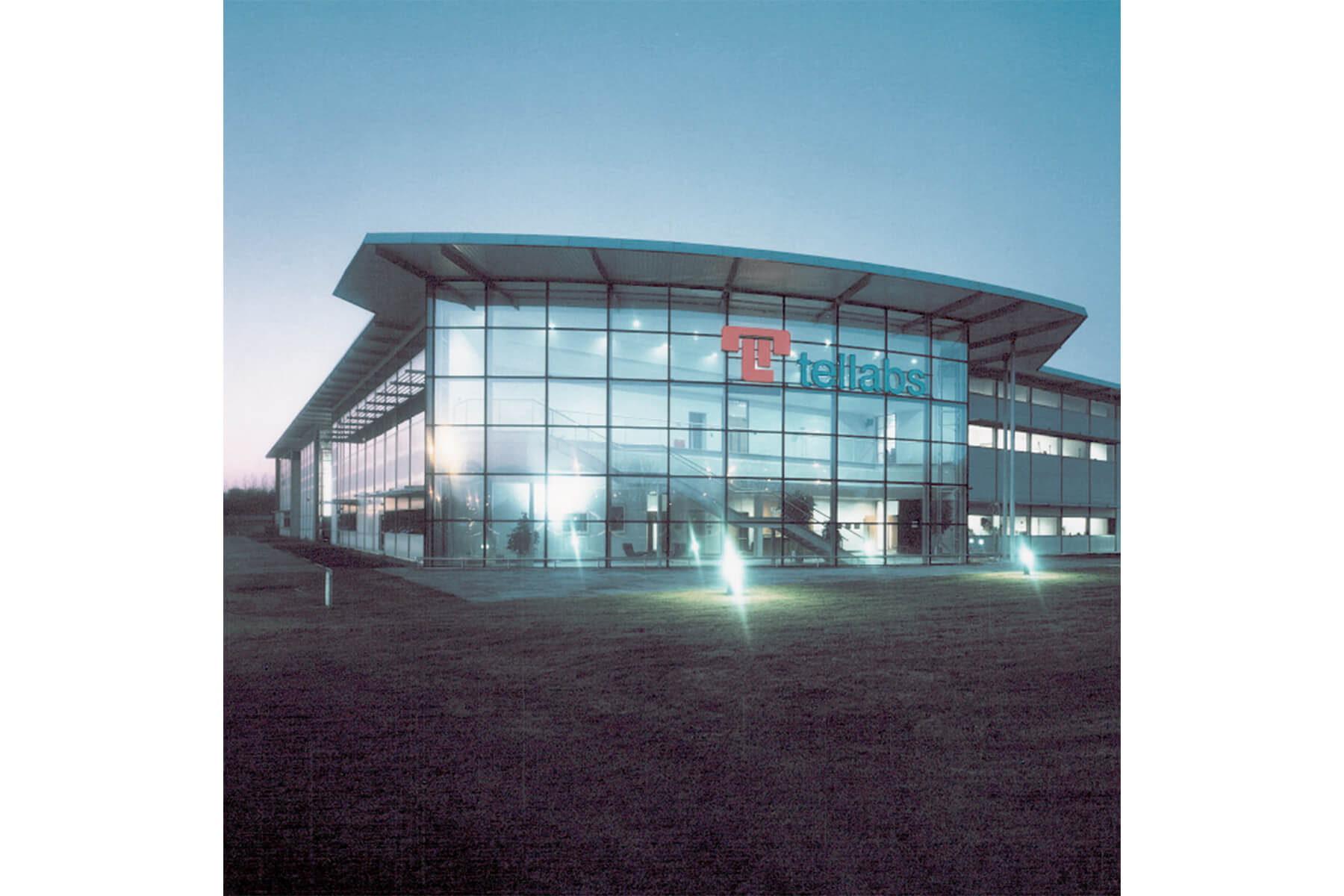 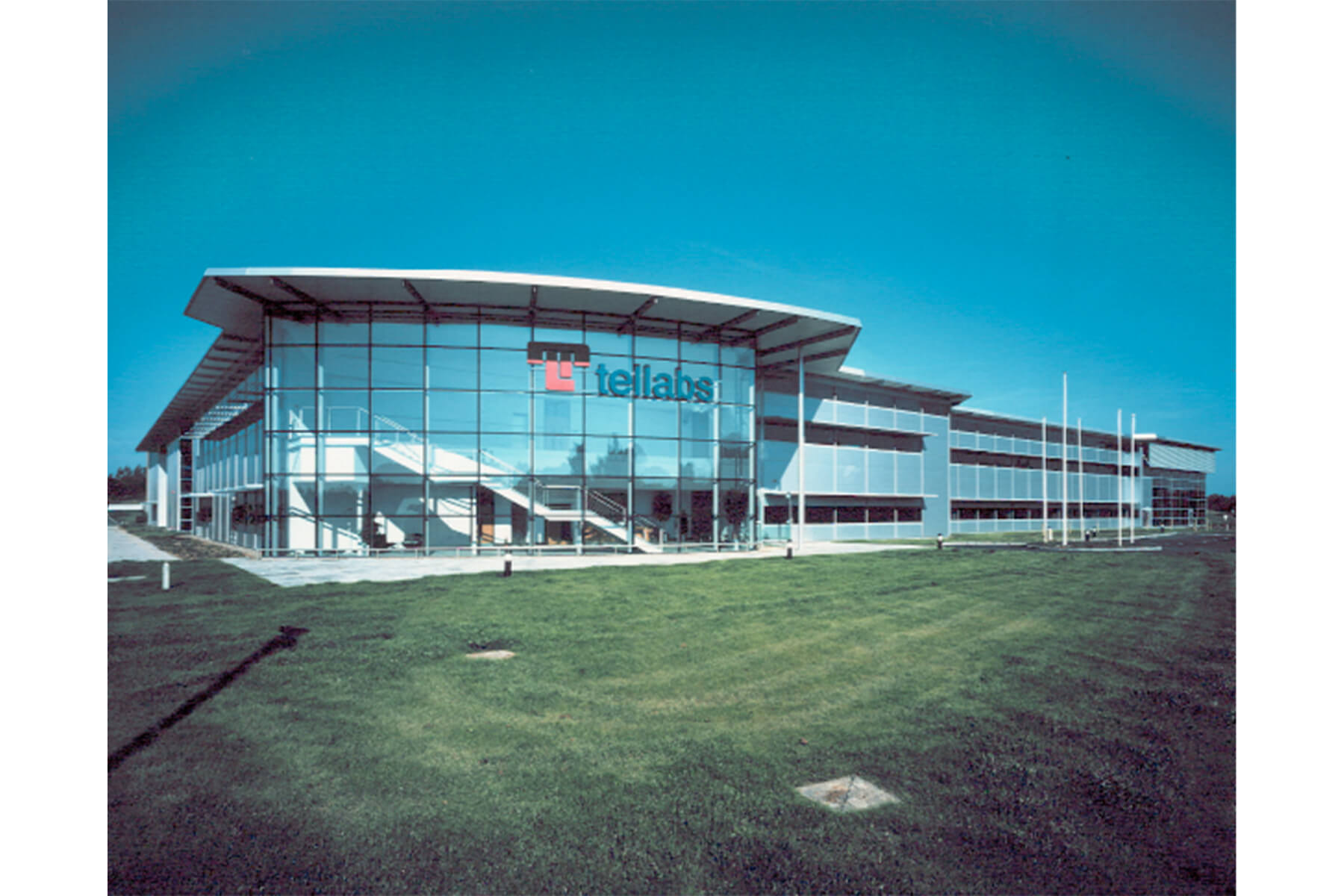 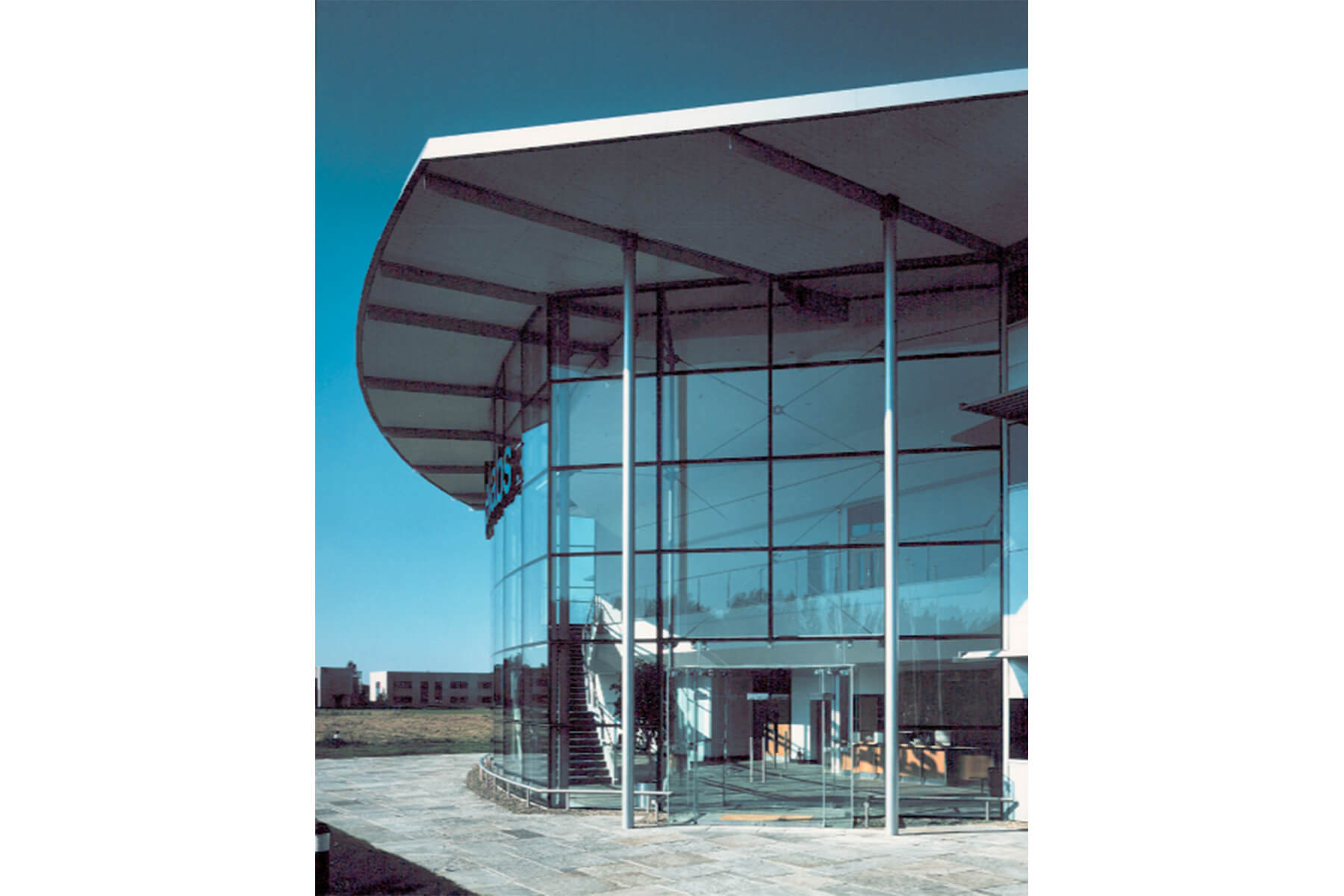 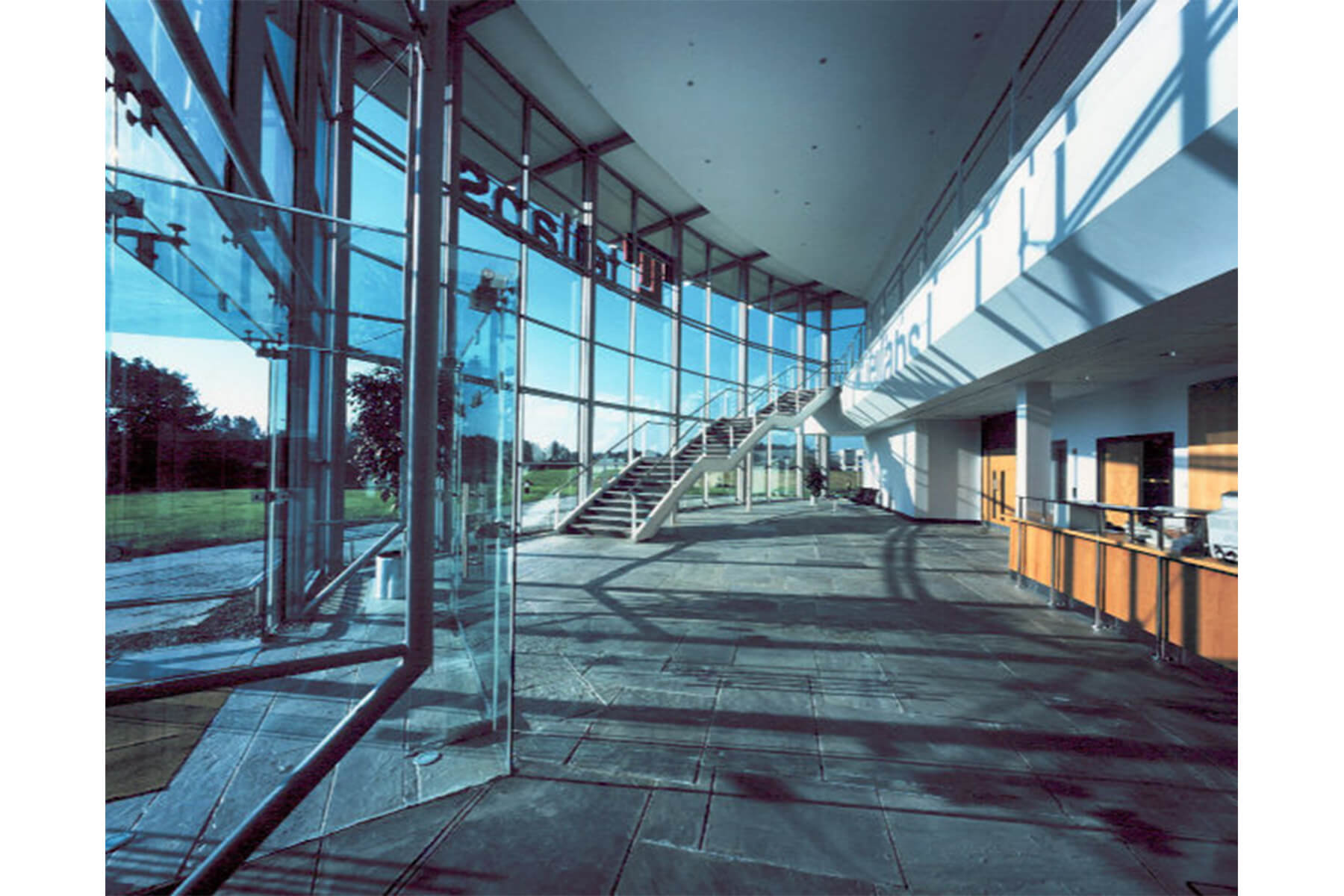 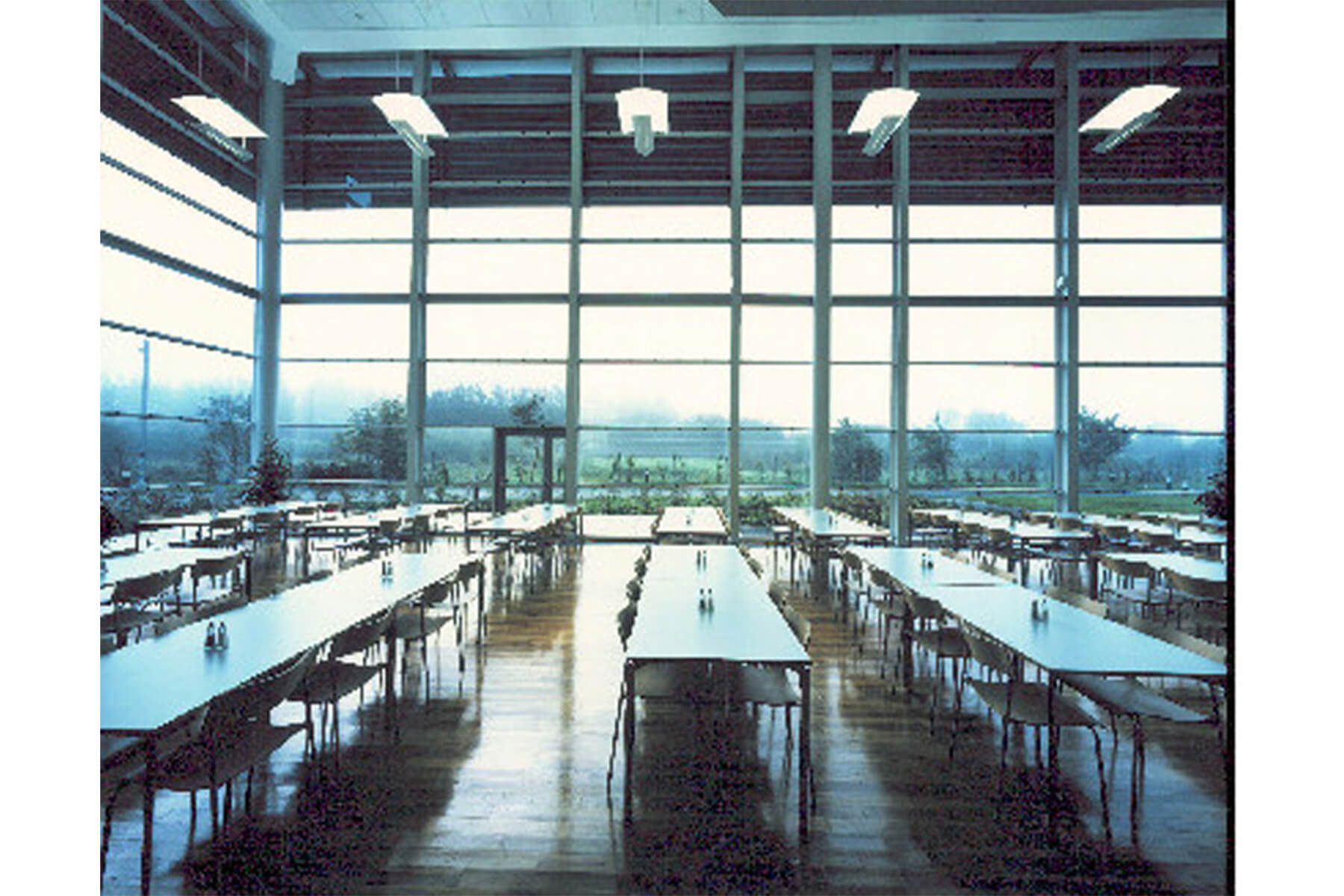 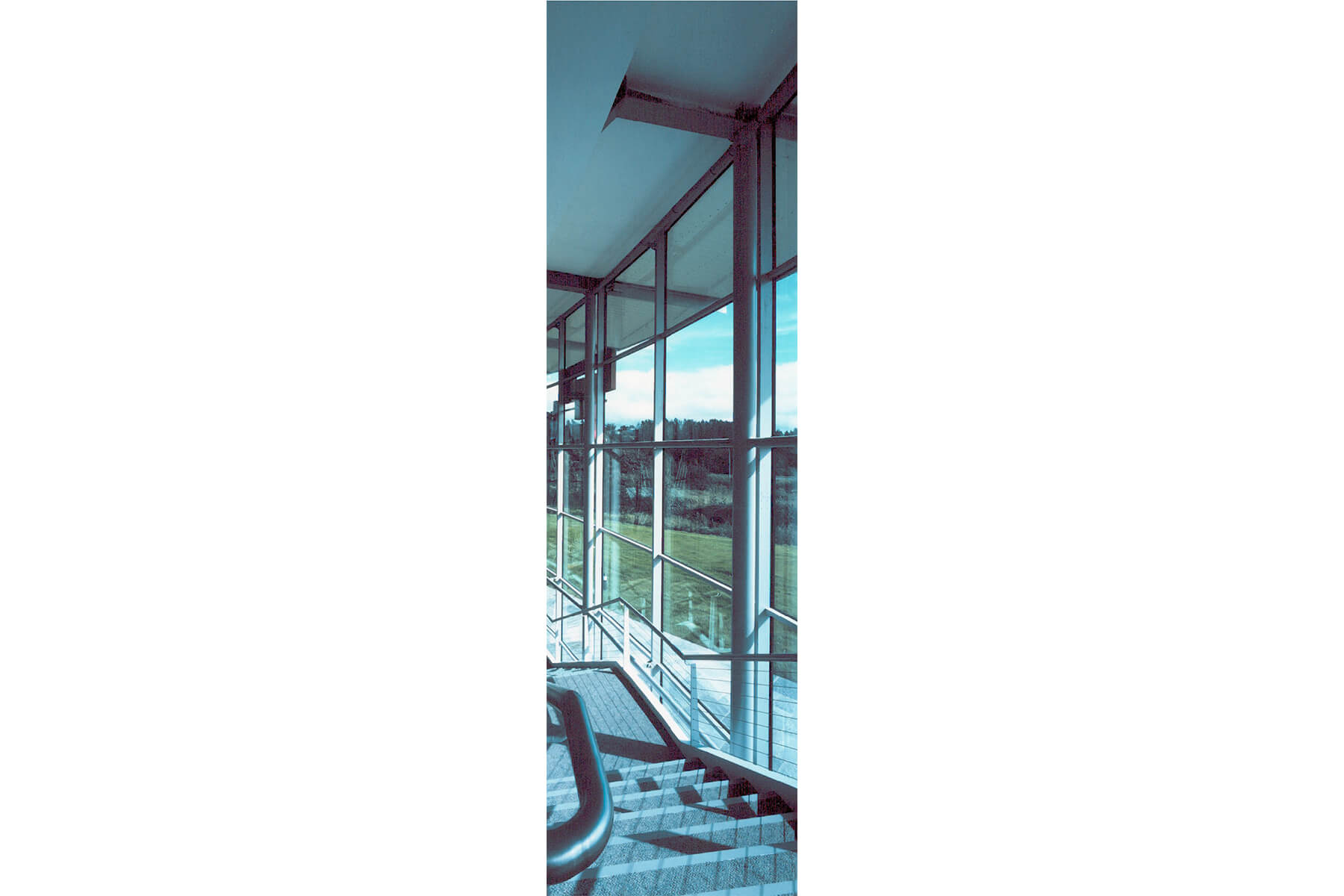 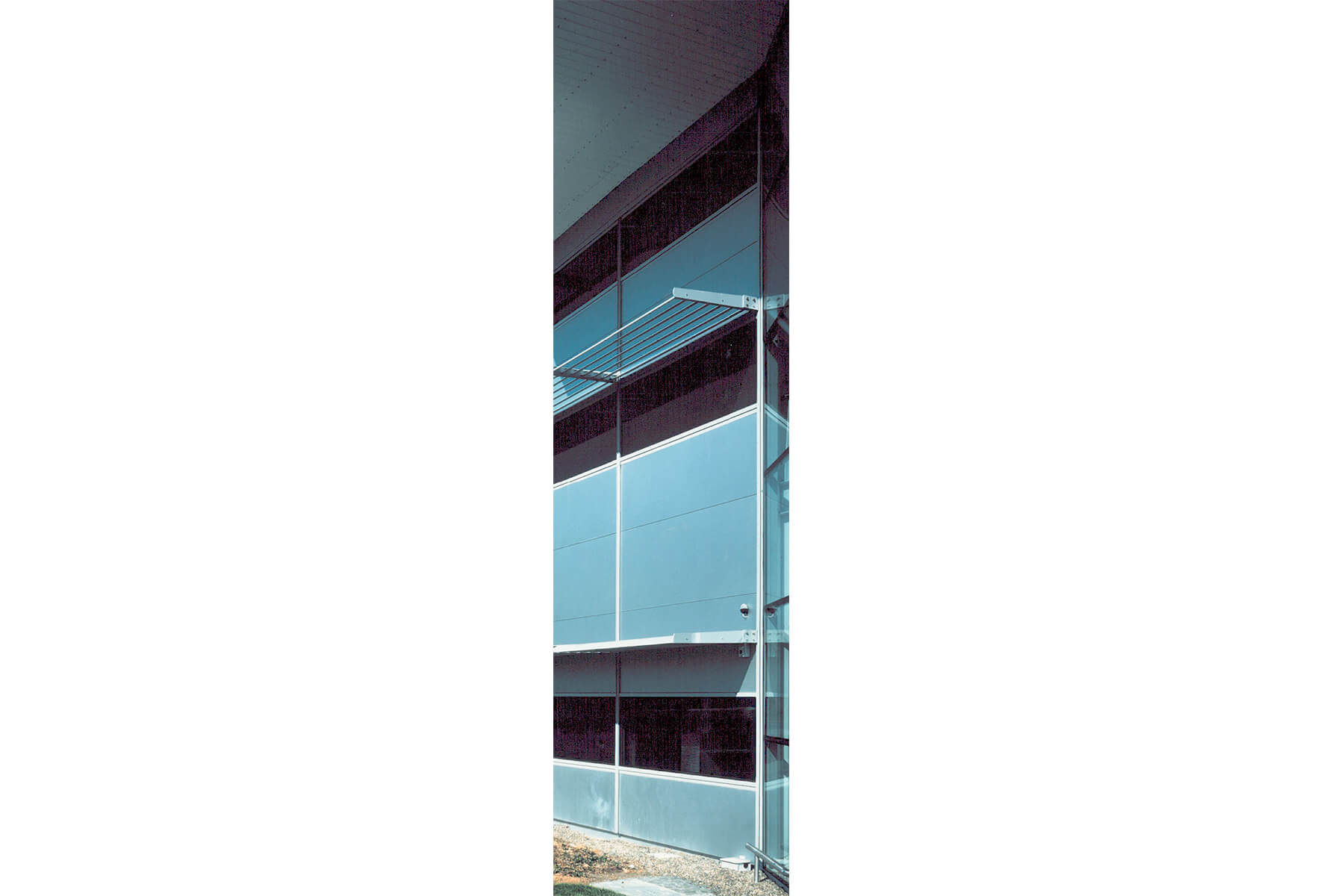 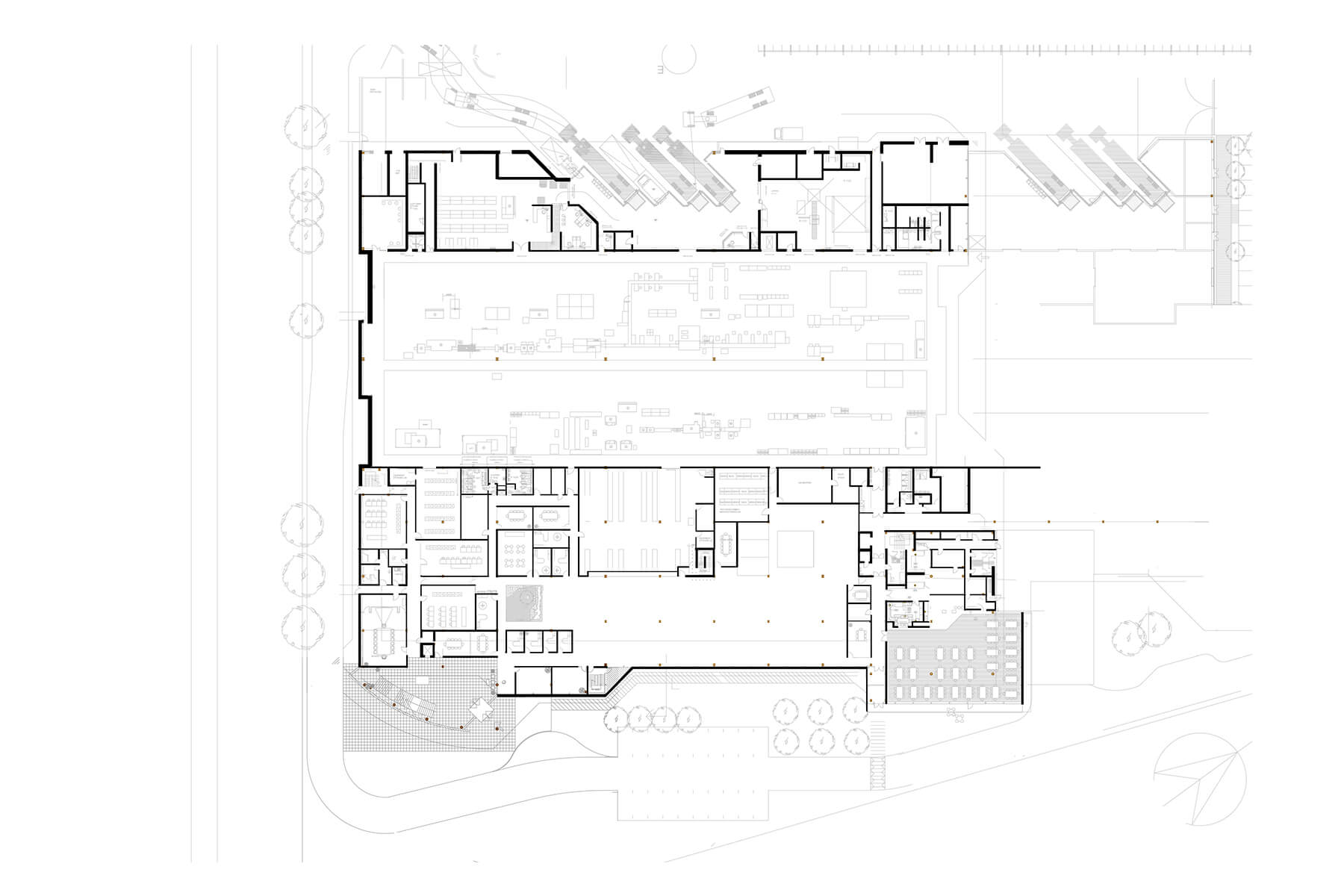 The facility located in Shannon, was initially developed for Tellabs as their headquarters and primary R&D facility for Europe. The project accommodated within its 13,500 Sq Mtrs the administrative offices, R&D laboratories, testing areas and desktop space, manufacturing / production and storage facilities.

production and administrative layout. The open plan office areas were reconfigured numerous time to reflect intensive project advancement where the occupancy increased by over 100 personnel.

The architectural direction of the project looked at providing a solution which also reflected a strong corporate image. The location of the main entrance

of the facility towards the main airport access road increased the pro!le of the company. The development of the façade design achieved a solution where basic cladding systems were modified to achieve a high quality elevational treatment where curtain walling and cladding systems were fully integrated. The facility has been taken over in 2005 by Avocent.

The building was recipient of an RIAI Irish Architectural Award and Opus Building of the Year Award.